Ender and two of his friends have just finished beating the shit out of each other on our trampoline. Well. Play-wrestling. Apparently. But there was screaming and taunting and swearing, and I think possibly a bloody nose. I tossed a roll of toilet paper off the balcony—my nod to helicopter parenting.

Now, they’re sitting on the trampoline, pretending to meditate.

Cross-legged. Hands on their knees in gyan mudra. Eyes closed. Except when they peek them open to see if the others are meditating as well.

Today marks six solid months of meditation practice for me, the first time in my life that I have ever—well, so many, firsts, actually. Not just the first time I’ve meditated for a sustained period of time—the first time I’ve meditated, ever. Sure, there were the five minutes of “meditation” at the end of my martial arts classes way back in the day—but let’s be honest, all we did was close our eyes and pant and try to slow our breath down and stop our hearts from exploding out of our chests. Plus, we only did it because the instructor told us to do it.

I think it’s also the first time I’ve ever consciously and conscientiously engaged in anything like spiritual practice. I don’t count the prayers and masses of my compulsory Catholic childhood: a child does not choose, consciously and conscientiously, her religious beliefs and practices. And, indeed, as soon as I could choose—I chose to not just step away, but to run away screaming.

I flirted with Neo-Paganism and Wicca for a while after that. It was my methadone before the heroin of full-on atheism.

And I keep on being told I’m doing it wrong.

But I’m doing it.

At least once a day, most days twice.

I’m doing it, because, dharma.

Dharma is an annoying Sanskirt word that means, almost, whatever it is that you want it to mean at the moment you’re deploying it. For me, right now, it means, purpose. With a capital P, I suppose. Maybe in all caps to boot. PURPOSE. As in, “What the hell is my purpose in life?”

When Cinder was five or six, one of his aunties asked him what he wanted to be when he grew up. He gave her this withering look and said… “Me.”

And is the very fact that I’m engaging in all this obnoxious navel gazing just proof that my life is too easy and I have too much time on my hands?

I watch Ender and his gang fake meditate on the trampoline and I close my eyes to join them—invite enlightenment.

Her: You know that’s not how enlightenment works, right?

Jane: Nobody knows how enlightenment works. My ignorance is really not significantly greater than anyone else’s.

It doesn’t come—enlightenment—but I do decide that I’m definitely not bored. I’m meditating in part in pursuit of boredom—I mean, stillness. That’s the word. Stillness. I want stillness. Silence. To slow the world—time—down a little. So that I can pay attention to it more fully. Because it is precious and beautiful just because it is, and I want to… I want to live it, breathe it, experience it… document it.

That, I think, is my dharma.

I experience things, the world, life… and I write it all down so other people can share that experience too.

There. That. My dharma, my purpose, the driving force in my life since I was four years old.

The problem—you knew a problem was coming, right?—the problem is that it just doesn’t seem… big enough.

Flora has spent much of the last three, four days working on this poster. It’s beautiful and amazing, but she said I couldn’t show it to you.

I don’t ask her… why. To what purpose. She doesn’t ask herself, either. There is no need. It is blindingly obvious, to her.

I don’t think she cares if it’s not blindingly obvious to the rest of the world.

I would like to make it clear to you—if it’s not blindingly obvious, because, as I am a self-conscious grown-up and not a yet-unspoilt child, I care, a little—that I am not a Buddhist, nor attempting to be one.

I’m chasing dharma, but fuck, I love desire. Desire is the fuel of… well, everything.

One of the books that I’ve been using to obsess about dharma is called The Four Desires, by Rod Stryker. Its entire first section is called Life is Desire. I love it. Stryker frames desire and dharma in terms that resonate with my practical poet’s soul:

Your soul has four distinct desires… The first of these four desires is dharma, the desire to become who you were meant to be. It is the longing to thrive, and, in the process, to fulfill your unique purpose; it is the drive to fulfill your destiny.

Right? Purpose, with a capital P, and in all caps to boot. But, there’s more:

The second is artha, the desire for the means (such as money, security, health) to help you fulfill your dharma. The third desire is kama, the longing for pleasure in any and all forms. The fourth is moksha the desire for spiritual realization and ultimate freedom; it is the intrinsic desire to be free from the burdens of the world, even as you participate fully in it.

Moksha and I have just the most passing, casual of relationships—I think it’s possible it will come on me in old age (religion often does). Right now, I’m all about dharma. Artha and kama matter only as they support it. It is fascinating, really. The intensity of the desire to live, to fulfill my… dharma.

I feel goofy writing, owning that. Especially when I look at my children. Who seem to simply… embody and live their dharma. Not, you know… existentially angst over it. At all.

The boy meditation session on the trampoline below me has again deteriorated into a wrestling match. And this time, not bloody, but out of joint noses. Ender leaves his friends to come sit with me. He wants to do a puzzle. He asks for help he doesn’t really need: what he needs is my attention.

I put away my laptop and my existential angst, and give my undivided attention to the boy and the puzzle.

I explore the feeling.

Just in case you were waiting for some kind of mind-blowing, insightful wrap-up here… that’s not how enlightenment works.

But this is how serendipity works. I remember, that while I was listening to Elizabeth Gilbert’s Magic Lessons, during her conversation with Martha Beck, Beck said something along the lines of, “Living with my son is like living with a Zen master.” (One of Beck’s children, Adam, has Down Syndrome; Beck wrote about the life-changing experience of his diagnosis, birth and their ensuing life in Expecting Adam). I type “Martha Beck” and “living with a Zen master” into Google, looking for, what? I’m not sure—something to round out the story of Ender’s trampoline meditations and Flora’s art practice, maybe?

Instead, I get this:

Mystics? Where the hell did that category come from? It was so unexpected that I did years of interviews without even noticing that the calmest, happiest women had all experienced a kind of satori: Faced with two mutually contradictory options, they had discovered and come to trust an intensely personal inner voice. Each had found some method of detaching utterly from social context, connecting deeply with inner peace, and carrying that peace with them back into their hectic lives.

Does it help you? 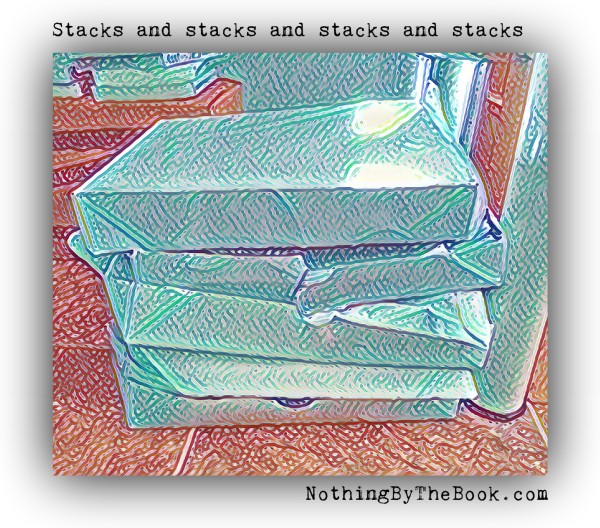