The Monday morning starts with desire—the desire to write, and the desire to write a journal-diary type post that my fingers tease and type on a computer screen instead of scribbling long-hand with a fountain pen that’s a gift from someone I love in a notebook that’s also a gift from him.

I want to write a public diary entry, and I know why: last week, in-between ALL THE THINGS (and there were so many things), I read Alexandra Johnson’s The Hidden Writer: Diaries and the Creative Life.

The book examines the diaries of Marjorie Flemming (Scottish child prodigy; she died at age nine, and you’ve probably never heard of her), Sonya Tolstoy (Leo’s wife… he made her keep a diary with the understanding that he would read it—as she would read his—btw, this was a sure-fire way of ensuring an unhappy marriage, DO NOT EMULATE), Alice James (sister of Henry and William), Katherine Mansfied and Virginia Woolf, Anaïs Nin, and May Sarton.

It nominally asks the question why do writers keep diaries, and what is it that they achieve in those pages.

It doesn’t… actually answer this question.

I’m not sure if I should recommend it to you or not… there are fascinating passages and insights, but ultimately, for me, the book does not hang together as a whole—I had this sense of “Oh, and now I’m going to write about Virginia Woolf and Katherine Mansfield diaries… and… oh, well, I have to write about Anaïs Nin, of course…” and none of the chapters flew into one another for me.

And the Anaïs Nin chapter pissed me off.

Anaïs Nin—you know this by now do you not?—Anaïs Nin is one of my four… what shall I call them? Models, mentors, saints, inspirations, heroes. (The other three are Frida Kahlo, Colette, and Jane Austen, Jane Austen with an asterix, in a way, because whenever I read Jane, I always end up thinking… how much better a writer she would be if she had been… a mother. It’s funny, I never get that feeling with the childless Frida—who so desperately wanted a little Diego she was willing to die and destroy her body more and more for the chance—or the wilfully childless Anaïs  who presented to the world at least one attempted abortion as a stillbirth. Oh-my. I wasn’t going to write about this at all, but I am thinking about it, and one day soon, I must write about it: why do I get this sense with Jane and not with them? And now I realize that of my four idols—I guess that’s the word, really? Saints is too Catholic. I don’t know that idols really fits either, but I cannot think of the right one—of my four idols, three are childless, and of these three, I look at Jane and think, “You lack this.” Unfair. Why? I will be spending the next few days, weeks, months, thinking about this.)

The Hidden Writer is written in the late 1990s, shortly after the “untruth” of Anaïs Nin’s diaries came to light. (If you’re unfamiliar with the controversy: she revised them extensively, edited and censored them heavily, omitted lots… crafted more… etc etc.) And Johnson takes the very conventional, middle-class—bourgeouisie?—approach to vilifying Anaïs for betraying her reading public by, effectively, manufacturing her diary…

…therefore missing the whole point of Anaïs Nin, and who she was—and what she achieved and created…

…the whole point of for-publication journals, diaries, and memories, which are manufactured for an audience… and which are the truth, as the writer is willing to reveal/present it to that audience at that point in time…

…the whole point of the elusive relationship between truth – confession – reality – lies – creation of self-protection of self, and this despite the fact that she quotes perhaps the most illuminating thing Anaïs Nin has ever said:

(Anaïs says this, by the way, to her lover Henry Miller, about his wife June. Which makes me want to watch Henry and June again.)

Anyway. Johnson loses me when she doesn’t get Anaïs. Creatively, historically, viscerally—she just doesn’t get her. Because I not only get  Anaïs, I feel her in my creative DNA—both in my moments of joy and glory, and the moments of despair and madness.

Ender just came downstairs into my writing space, and announced he has to poop. Which means I need to go upstairs and clean his butt—and have a conversation with him, again, about how, um, really, maybe it’s time he starts doing this himself? And he will say, “But poop is so gross and I don’t want to accidentally get it on my hands,” and I will sigh and say, “Me neither, dude!” And I will suggest that his birthday might be the time for this change, no?

And I have typed for too long for he is calling to me.

But here. You have a public diary entry.

There is a private one too. It includes a bad poem—that I might copy out and play with and try to turn into a less bad one—and a private, unshareable few pages that I will burn or soak with water… truly keep private.

At the end of it, I am a focused, responsible faking-it-very-well adult, talking into a microphone about BIG PICTURE STRATEGY stuff and THINKING IN QUARTERS, YEARS, AND DECADES.

It’s not lies. It’s all truth.

But part of the truth is that the big picture decade-long strategy… gets implemented in 15 minute chunks. 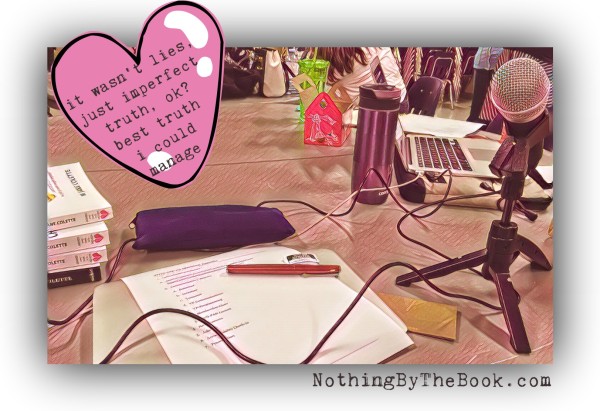 I think I can do it all, plus two more things, but instead I manage to do just the minimum. 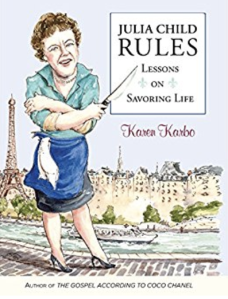 I remember, while reading it, that when Flora and I watched Julie and Julia—she was four or five, and I was crippled and on bedrest with Ender permanently tied to my nipple—I promised her that when Ender was weaned, we’d debone a duck and make that “amazing recipe” that Julie Powell made at the end of the movie (and her book and blog).

I send Flora a text to a Pâté de Canard en Croûte recipe, and tell her to assemble the shopping list.

Still. No one can undo the work I have done in those ridiculously early 2.5 hours. 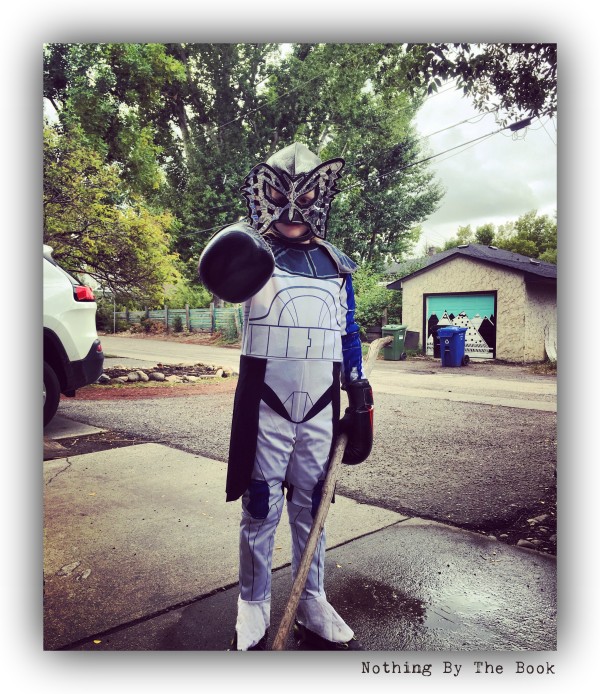 the week can’t be over. I have too much to do.

Sean: You have the weekend. And you said, you’re a week ahead now.

Jane: I’m panicked. I have too much to do.

The children feed me chocolate. I do all things. Or at least, most of them. A few more still to go.

I dream about going for sheesha in the evening, when they are all over.

I have too much to do.

And journal about it. Like Anaïs. Creating a cohesive narrative out of something that, while I’m living it, feels like utter chaos.

That’s me, sort of, in a painting by outrageously talented Iranian-Canadian artist Golriz Rezvani.

The painting is really about Anaïs Nin–or at least, the battle she lived, fought, documented.

In the background is a letter I wrote to Golriz while on a plane to Portland, the day after I read my poetry in public for the first time in… twenty? more? years.

I’m reading The Early Diary of Anaïs Nin on the plane, and the letter is mostly Anaïs Nin quotes: 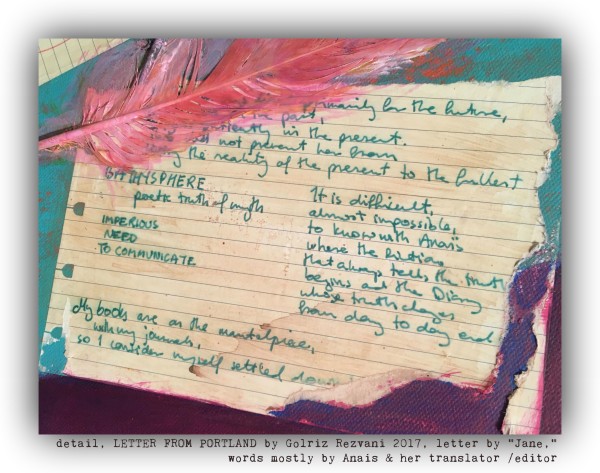