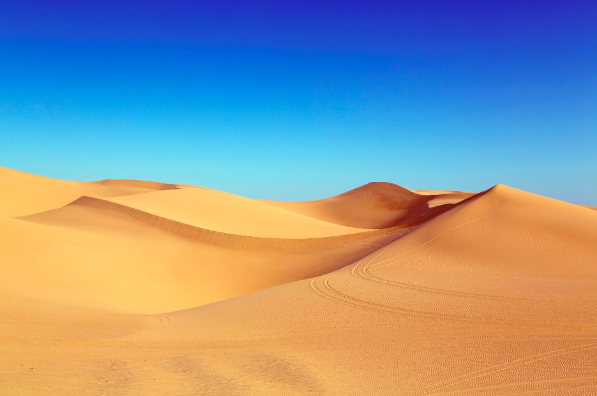 I don’t want a pen pal, she doesn’t want a relationship, and we live 300 km apart, so really, we’re doomed, but we decide to play a game anyway, like Truth or Dare, without the dare part.

I set out the rules:

I ask a question. You answer it. Tell the truth, or lie—it doesn’t matter. How can I tell if you lied?

And then, you ask me. Only rule is, you can’t ask me the same question I ask you.

She agrees. But stipulates we shouldn’t lie. I shrug, although she can’t see it. What is truth, anyway?

She asks me to go first.

I ask, “What’s the worst thing you’ve ever done?”

And she tells me. It’s not so bad. But it’s honest and raw.

She asks, “Why do you hate Christmas?”

I give her the unvarnished truth; I suspect she wishes she hadn’t asked.

I’ve had, in many ways, an idyllic childhood. It’s only when I scratch and dig deep that I realize that much of it must have been hard. Displacement, poverty.

But I never felt, experienced the poverty. We were never hungry.

My parents really did create a cocoon around us. I make a mental note to thank them.

I search for a memory that makes a discrete story. I decide to go with a very early one.

The taste of cherries

I’m on summer vacation in Poland from Libya, and it’s cherry season. We’ve spent the morning on my paternal grandparents “działka,’ essentially an urban community garden. Except in post war, Communist Poland, the działka provides, god, virtually all of the fresh produce for a city family, especially in the summer. If you didn’t have one, you made friends with someone who did.

I’m pretty little. Maybe six? I must be six, no more than seven, because my grandmother was dead by the time I was eight. And we come home from the działka, and we have so many cherries, and my grandmother and my great-grandmother, they are going to make cherry jam and preserves. But my brother and I, we just want to each the cherries. And they’re so ripe and juicy, every time we grab one, we stain our hands and faces and clothes.

So my grandmother, who is stern and particular, strips us down to nothing, and puts us in the bathtub… with a giant bowl of cherries.

I don’t have a lot of memories of my grandmother—I was so little when we left, and she died soon after. Most of the stories I’ve heard about her—she was not a warm or loving or happy person. I don’t have any memories of her hugging me or kissing me or any gifts from her or anything.

Except this one. But this one is so delicious…

Gorge myself on cherries every season. Often, they are sweet—they are never as sweet as in that memory.

I have a second favourite childhood memory. This one, I know is largely manufactured.

In Libya, we lived in a city, called El Marj. Most of the Eastern European foreign workers weren’t given free reign of the city—certainly the women and children weren’t. Most of us were housed in workers’ camps. Our camp was called the American camp, because it had originally been built for the Americans, I think. I can’t remember how many houses on it—it seemed huge to me back them. It was, after all, our entire world. There was one main road through it—barbed wire fence on three sides, and a stone wall on the fourth, separating us from one of the El Marj neighbourhoods.

Was there a gate? I don’t remember. Perhaps.

We kids were free to roam the entire grounds of the camp—we were discouraged from hanging out near the entrances or near the crack in the stone wall—that’s another story, we used to meet there for parlays with the Arab kids but neither our parents nor their parents liked for us to do that.

One day, in one of the corners of the camp, we found a mother donkey and her baby.

We=the assortment of camp kids. At any given time, there were six to twelve of us; I don’t remember who the other kids were at the time. Nor at any given time: we were interchangeable to each other, playmates of the moment. Anyone of us could be gone tomorrow. Polish kids, Bulgarian kids, a token Romanian—I remember we didn’t like him, he was the eldest, a bully, mean, until we put him in an old rusted barrel (they were all over the place) and rolled him all over the camp, beating the barrel with sticks.

We had no idea how the donkeys got into the camp—maybe the mother could have jumped the fence, but her baby? Maybe the gate was open—or maybe there was no gate.

She was in pretty rough shape, lots of scars and wounds. The Libyans were pretty hard on their animals.

We cleaned her up, and took the ticks out of her eyes and where we could find them on her and the baby’s body (there were a lot of ticks, swollen with blood). And we got them food and water.

I can’t remember what we fed them. Most of our mothers grew vegetables and flowers while we had water, so we probably raided the gardens. Sometimes, we didn’t have water and had to drive hundreds of kilometres to get drinking water. Then, the gardens withered.

In my memory, we kept the donkeys hidden from the adults for weeks. But I expect it was only a few days. The big kids, we rode the mom. And we put the two little guys (my brother and the another little boy) on the baby. I remember this, distinctly.

When I say rode, I think I mean we got on the donkey’s backs and sat there and maybe the donkey walked around a little…

Memory is a funny thing. I don’t remember how this story ends and I refuse to ask. One day, the donkeys weren’t there. Did their owners come back? Did they escape? Did someone see them, and “steal” them? Did someone come to the adults, tell me, give us our damn donkeys back? Did our parents let them go, chase them out? I don’t know.

In my story, we keep them and take care of them forever, and everyone lives happily ever after.

She likes the story. A lot.

But now she wants her next question.

I ponder for a bit.

Then ask, “What’s the most creative lie you’ve ever told, and why?”

I hope it’s going to be a good story.