On Saturday, Sean and I decide to head to Costco, because—fuck, I don’t know. Because, I have a ton of marking to do and I need a break, because he needs to study for a test and doesn’t want to, because we are out of dog food, because the seal on the toilet is broken and one of us needs to go to Home Depot, because we need to pick up a new headset at Memory Express (fuck yes, that’s an essential when you’re two working from home and three learning from home, and everyone socializing in Skype, and why are you such a judgement fuck anyway?), because it’s rainy and dreary and we want to get out of the house, and so, Costco?

Costco is my personal hell. At the very least, purgatory. But the card is mine—well, actually—nevermind, I’m not gonna go into that—and I have to go and Sean needs to get out of the house. So.

In the car, I do the thing. Half-a-dozen texts:

“We’re going to Costco. Do you need anything?”

The orders roll in.

“Not sure if they have it, but elderflower tonic water.”

“maybe a bag of lemons”

(She’s sleeping after watching people die all night; I don’t.)

I report our neighbours’ requests to Sean. Then,

Jane: Lamest apocalypse ever. I mean. Parmagianno regioanno, lemons, a dog bed, and elderflower tonic water? Look at us all suffer.

Sean: Don’t forget the wax seal for our toilet. We genuinely need that.

We do. Our bathroom smells like the men’s washroom in a London tube station or a Warsaw nightclub. 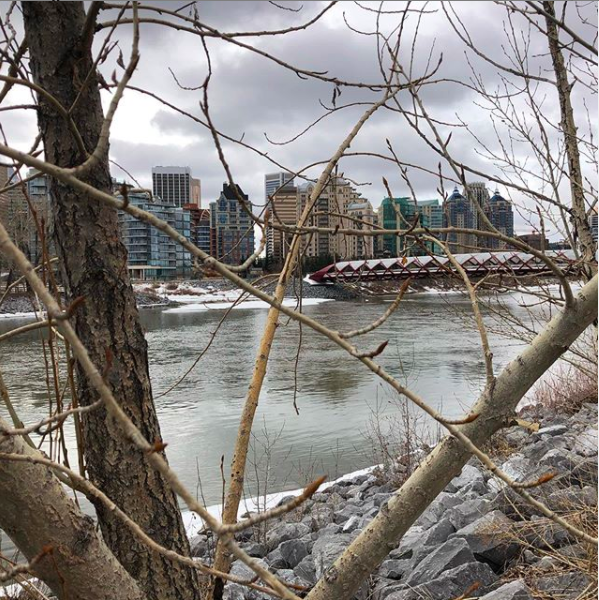 Sean: It might not be that big, and it’s probably moving pretty fast.

Jane: I’m not standing in line to go to Costco.

We park—the parking lot is half empty, which is a sight I have never, ever seen in my entire life. Go near the doors.

The people leaving the store have hardly anything in their carts.

Sean: It doesn’t look that bad.

I’m framing it as a fight. It wasn’t. He wasn’t going to make me stand in the line. But. If he had been alone, he probably would have.

What else is there to do?

I text all the people:

We do stand in line to get into Home Depot. Because, disgusting toilet.

Ok, not makes. Just. You know. Gently insists that this is a recommendation we should follow.

I take a selfie of us in them, at least in part to irritate him. Because line, face mask, all of this non-normality.

Home Depot. Don’t touch anything you don’t need to. Wax seal. While we’re here—curtain rod and light fixture for my “new” studio space, which I buy resentfully, because it’s an acceptance of the new normal lasting into next semester.

Bag of potting soil for Sean’s mom, because, life goes on.

Not at Home Depot. Another stop. I stay in the car.

Home, he fixes the toilet. I mark. Order sushi.

Think about never, ever going to Costco again.

That would not be so bad, that would actually be perfectly, incredibly marvellous. 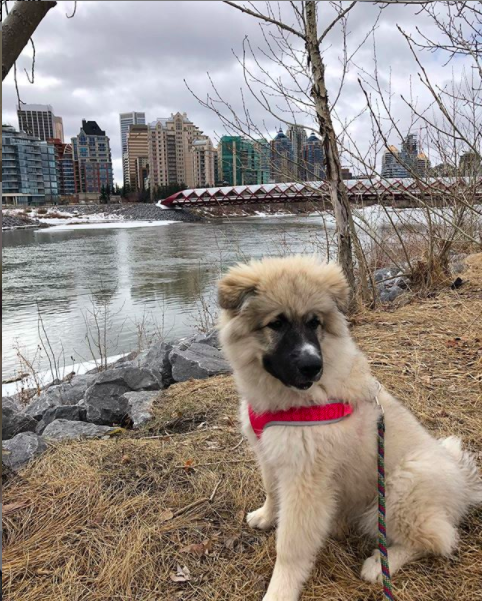 Sunday, you offer, as a reward for my finished marking, a not-physically distanced walk by the river. It’s a glorious sunny day, and half of Memorial and the lower part of Centre Street Bridge is closed to cars and open to pedestrians to encourage sanity, exercise, and physical distancing. I want to walk under Centre Street Bridge—when else will we get a chance to do that?

There is, of course, nothing strange about that. Nobody is ok, nobody’s in a good mood—except, maybe, for the occasional kid whose parents have failed to imbue with their own anxiety (Good on you, those parents). But on this glorious sunny Sunday, you really are not ok. You rant and rave and use words like hoax and conspiracy. I hear the frustration. I have no desire to argue or convince, nor the ability to reassure. I’ve had the same thoughts, spoken the same words to you. It’s part of our processing.

But on this Sunday, to be perfectly honest, in this sunny moment, I don’t even want to listen.

I change the subject. You let me. We talk about other things.

This walk is a happy moment. The time we spend sitting in the sun overlooking the water under the arches of the Centre Street bridge—the happiest part of a long, long happy moment.

But the shadow is always present.

My grandparents all lived through six years of war—crisis, stress, fear, death, destruction. I know they had happy moments in the midst of all that too.

But always, the shadow.

And it stayed for years, decades after.

It’s Monday. I am heavy-headed and heavy-bodied. Soon, I will start moving, tend to my tasks. Or have a nap on the balcony—the sun is out today again and it seems to me it should be a laze-about sort of day, I worked so hard on the weekend, except, still, so much to do…

Ok. One or two critical things to do, maybe four. I don’t want to do any of them.

Dog needs a walk, Ender wants to play in puddles, everyone needs to eat, those proofs still scowl at me from the corner of my desk, and the clock is ticking. 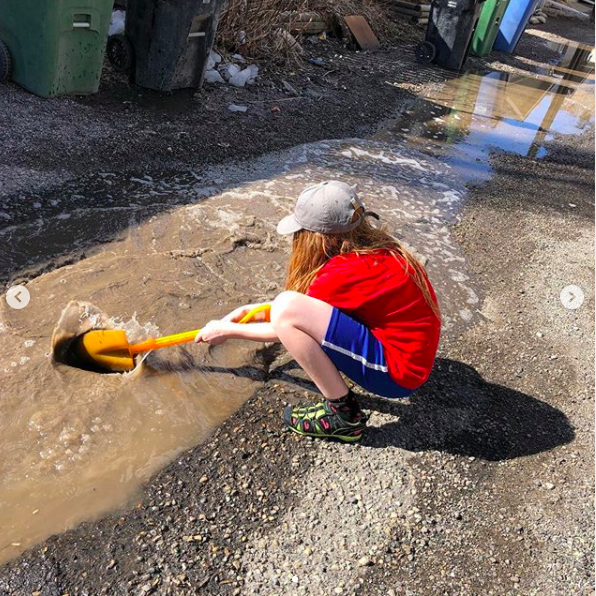 This is not a happy moment but it does not have to be an unhappy one.

It’s a moment of not right, not ok, not normal.

I get moving; do all the things in the shadow.

One thought on “Pandemic Diary: You can take your silver lining and shove it where the sun don’t shine”

Tell me again how online school is the solution?
Another Capricorn birthday. Happy 70th, Tatku!
How we spent Saturday night…
Bumblebee’s first visit to an art gallery aka everyone’s an art critic…