For a family of atheists, we spend a great deal of time discussing hell. I guess mostly as a rhetorical or literary device, a metaphor. But still.

Jane: And that, children, is why you’re all going to American hell.

Flora: Wait—there’s an American hell? How is it different from regular hell?

Jane: It’s like regular hell, except the US flag is burning and Donald Trump is president.

Cinder: Yeah, Canadian hell is reserved only for the people who don’t say ‘I’m sorry’ when they accidentally bump into someone. But once you’re in hell, as soon as you say, ‘I’m sorry,’ you get to go to Canadian heaven.

Cinder: Not really. I mean, if you think Canadian hell is boring, imagine Canadian heaven.

I think the awful moral of that story might be that evil is… interesting. 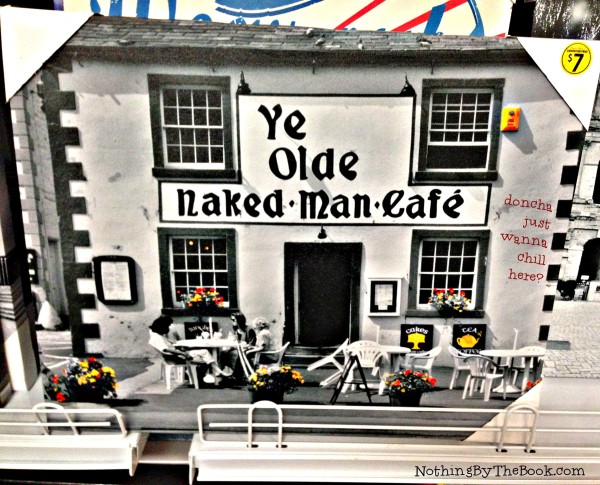 My least favourite part about EVERY yoga/meditation book I have ever read (which, ok, is a grand sample of… three or four. But still):

“While you can meditate anywhere, it is best to create a dedicated space for your practice…”

…followed by instructions on what to put in your beautiful ‘dedicated’ room after you first unclutter it (and then, I suppose, go shopping for all the sustainable-organic-fair-traded crap that should go on your mindfulness altar).

(Wow, I’m a judgemental bitch. I guess I need to meditate more.)

As I read these privileged pronouncements in the kitchen-that-doubles-as-dining-room-triples-as-office-and-is-also-a-pantry, and then pop into the living-room-that-is-also-the-playroom-computer-room-school-room-library-arts-and-crafts-cupboard, then navigate the stairway landing that is also the linen cupboard—and this is all before I go into the hallway-that-is-the walk-in-closet-that-morphs-into-my-writing-space, I don’t feel an awful lot of compassion and connection to these overly privileged Omming people who are solving their life’s problems by sitting on a designer meditation cushion ($425 on sale at Macy’s) on a newly installed hardware floor (tatami mats are nice too) in an empty room in their 5000 square foot weekend beach house.

(But, fuck, sweetheart. It’s really hard to feel your pain and suffering when the amount of money you saved refurbishing your kitchen exceeds my entire annual income.) 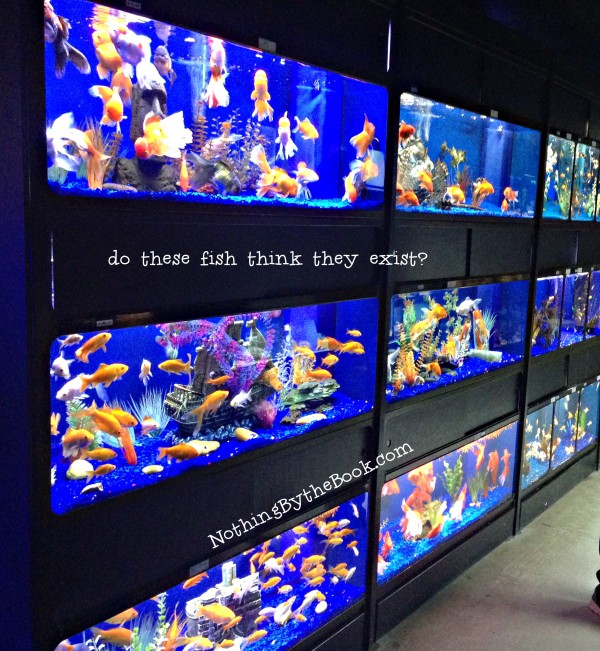 So I’m laying in savasana—the so-called corpse pose—at the end of my “I’m a little worried it’s a cult because they’re all dressed in white and the teachers wear fucking turbans!” Kundalini yoga class (I’m doing yoga in January instead of writing, which was probably a TERRIBLE idea but more on that anon)—and the teacher is giving us a gong bath (don’t ask), and I’ve got to tell you, I love savasana. The first time I lay in savasana, I came up with a brilliant three paragraph pitch and completely refined AND managed to hold it in my head all the way home until I got to the computer. The third time, I rehearsed in some detail how I was going to break someone’s heart (not real) and then realized I was going to have to break someone’s very real heart and that sucked, but I was okay with that, and while not quite sure whether it was okay to use the script from the not-real heartbreak in the real heartbreaking, I had a definite script for both.

The fifth time I had the best-ever nap and…

Jane: Baby, I get to lay still with no one asking me for shit for 5, 10, 20 solid minutes? I am not wasting that time NOT thinking.

…after I woke up, I really wanted to write you a long, detailed letter about my bizarre dream, but that, I did not manage to hold in my head until I got home and to the computer. There was a Phoenix in it, though, and some very bizarre Harry Potter-imprinting. Also, at one point, you were the Phoenix, and you very badly wanted some ice cream. Raspberry cardamom ice cream.

(Actually, I don’t know about that. The raspberry cardamom ice cream, I mean. I had some raspberry cardamom ice cream yesterday, and I thought about you as I ate it, so I have now retroactively put it into the dream. Which reminds me, another time that I lay in savasana, I was thinking about retrocausality and how what we do in the present and want from the future actually changes the past, and… but that’s another story. Where was I going with this one?)

(You: You were laying in savasana…

So I’m laying in savasana and the teacher is giving us a gong bath (ok, fine, since you’ve asked again, what’s happening is she’s beating the gong and it’s causing these fantastic reverberations that are supposed to quiet—stun?—your mind and thrust you deeper and deeper into relaxation and connection-communion with your true self—I’m paraphrasing—but for the record, I did choose the most cult-like yoga class I could possibly find, why the fuck did I do that?) and I’m laying there and I suddenly get this great idea for a murder mystery set in a yoga studio.

The murder itself, of course, takes place during savasana.

I think the murder has to be the teacher.

I can’t wait to get home to tell the kids. 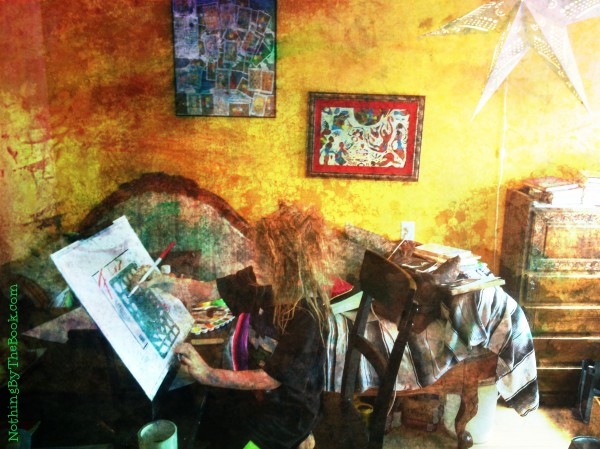 Jane: So what do you think?

Flora: Ok, let me recap. Everyone is laying on the floor in corpse pose with their eyes closed. And this loud music…

Flora: …this gong is going the whole time. And so the murderer gets up, and kills the victim, and then gets back into corpse pose.

Flora: And no one sees or hears what happens—because they were all laying there with their eyes closed, and because of the gong.

Flora: But the teacher is beating the gong the whole time.

Jane: Ok, two options. One, the teacher is innocent, and she’s so focused on banging the gong that she doesn’t notice what happens. We could even have her with her back to the class. Or beating it with her eyes closed too. Or—the music is played off an iPad or something and the teacher lies down and does the savasana with all the students.

Flora: Or, two, the students think the teacher is beating the gong, but she’s actually playing a track off iTunes, and she murders the victim while everyone else thinks she’s beating the gong.

Cinder: Are you going to put a police officer in the yoga class?

Ender: The police officer should be the victim.

Flora: No, the police officer should be the yoga teacher.

Jane: Oh, can you imagine how pissed… he? she?

Jane: he is? Police officer. AND yoga teacher—all in tune and aware of people’s auras and intentions and energies—and one of his students kills another right behind his back.

This is the point in the conversation at which Sean joins us. And shakes his head.

Sean: I won’t. Just… when you go back to yoga tomorrow? Please remember you IMAGINED all this, and your yoga instructor is neither a murderer nor a police officer…

Jane: She’s… he’s the victim, the victim—the yoga instructor-police officer is the victim! And, on that day, his… partner? Or assistant? is in the class for the first time, and they’re both the crime solver, primary witness, and most likely culprit, and…

I wish I wrote murder mysteries. That one would fucking rock. 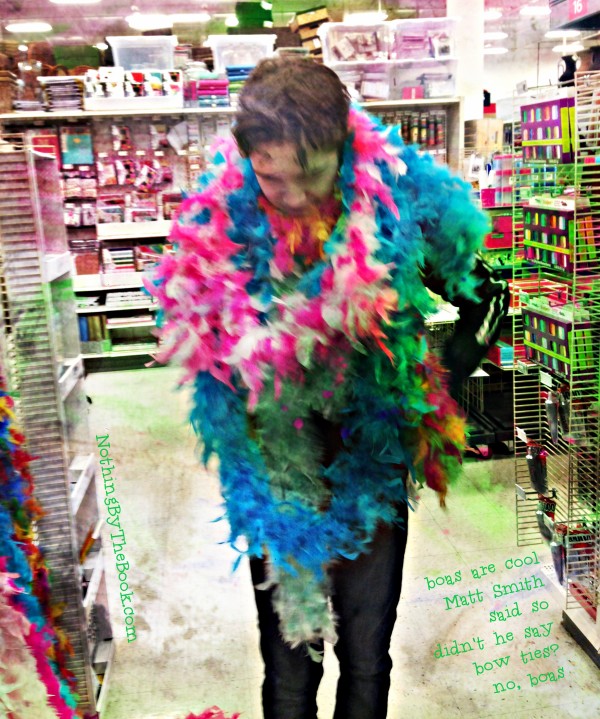 The next time I lay in savasana, I write this post.

Somewhere, in the space between American hell and Canadian heaven, there is…

To end this post, lay down in corpse pose and treat yourself to a gong bath:

6 thoughts on “American hell, the corpse pose & a murder in a yoga studio”