For the great-grandfather I never knew.

My great-grandfather Victor was an idealist and a card-carrying member of the Polish Communist Party. He ripped up his party membership card in 1945—the year, incidentally, that Americans and Western Europeans celebrate as the end of World War II, and Poles also mark as the first year of the 44-year Soviet occupation that followed our “liberation.”

While Americans were popping firecrackers and getting ready to pop out oodles of babies, Poland—much of the war ravaged Eastern and Central Europe—was struggling with food shortages, created as much by the state at that point as by the consequences of the war.

And Party members got more.

My great-grandfather found himself in a queue at a bakery, behind a young mother who asked for a loaf of bread, and got refused

“What’s going on?” he demanded, flashing his Party ID.

“She’s already got her allotment for the week. Today, it’s extra bread, only for party members, sir,” the little man at the bakery window replied.

My great-grandfather ripped up his party ID card on the spot. (My mother, incidentally, and two of her four siblings inherited that impetuousness and temper.)

“That is not Communism,” he told the stogey. “Now sell me two loaves of bread.”

The little man sold him the bread—which my great-grandfather handed to the woman who was just refused food… because she did not belong to the Communist Party.

My father was, for several years, a card-carrying member of the Polish Communist Party too. His father made him sign up. “You’ll never get anywhere as an engineer if you’re not a party member,” he counseled. By then, it was the 1970s, and there were no idealist Communists left in the party, only opportunists.

More than 40 years later, my mother—who resisted every attempt to enlist her in the party, even though for a medical professional membership was mandatory—brings up this act when she’s fighting with my father and wants to play dirty.

My parents emigrated from Poland to Canada in 1984, mostly as economic/merit immigrants on the point system, with a subtext of “we’re seeking political asylum” in their application.

“We don’t want to raise our children under the Communist system,” my father wrote in response to the question “Why do you want to immigrate to Canada?”

In the 1980s, that was all you had to do to claim political asylum in the Western World if you were white and your government was Communist.

“the United States is extra willing to accept Cuban citizens who are politically opposed to the Cuban government.”

All Cubans, who made it onto American soil via a barge across the straights of Miami—or an international flight from Bogota or Mexico City—had to do to claim political asylum in the US was touch American soil. The green card was virtually guaranteed a year later… although, it sure as hell helped if you were white. Or at least, you know, very pale mocha. 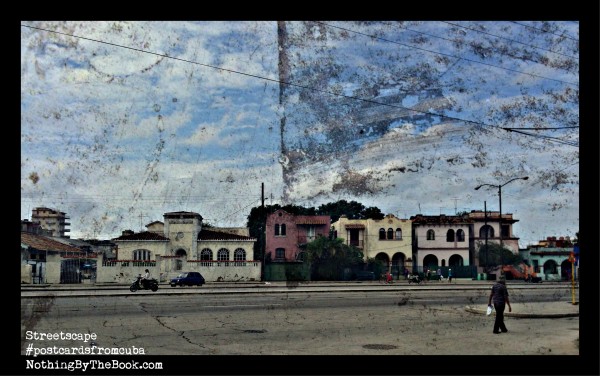 At first, I think Cuba killed its experiment with socialism when it introduced the CUC, when it started actively chasing tourists—when it showed its people, “OK, this way of living is good enough for you, but Western tourists, they have higher standards—they need air conditioning and a never-ending buffet table. Flush toilets. Modern buses.

Then I realize—no, it happened earlier, much earlier than that. It happened the first time Fidel Castro decided to keep an expropriated colonial house for himself—or for one of his friends. 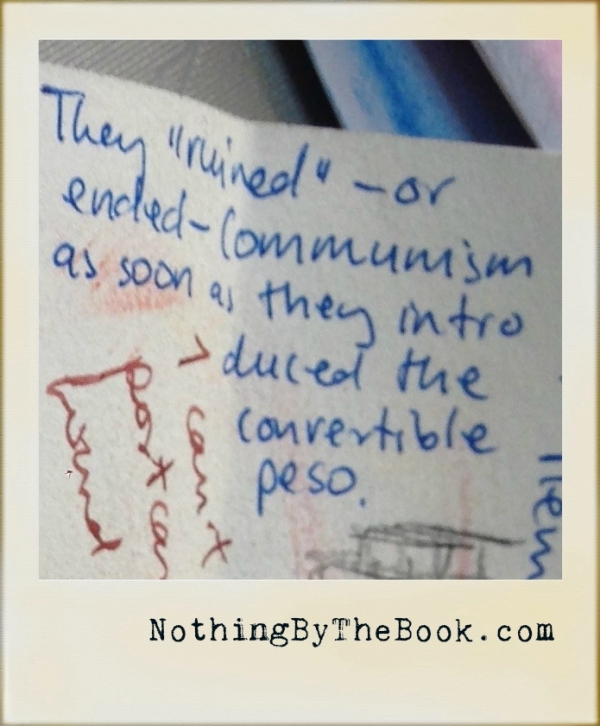 One day, I get lost in the west-end of Havana, a suburb that looks at first like Miami… and then a New Orleans slum.

“What’s this?” I ask a security guard.

Except… ok, see, another day, walking along the shoreline where Miramar slowly morphs into neighbourhoods tourists never visit, we accidentally “break in” to a recreational complex, reserved for the workers of another union. It’s on a stretch of beach that, pre-1959, used to be dominated by private clubs, casinos.

I’m not sure that “exclusively for United Widget Painters of Havana, Factory 17” is that much of an improvement, really.

But today, I am not a socialist. 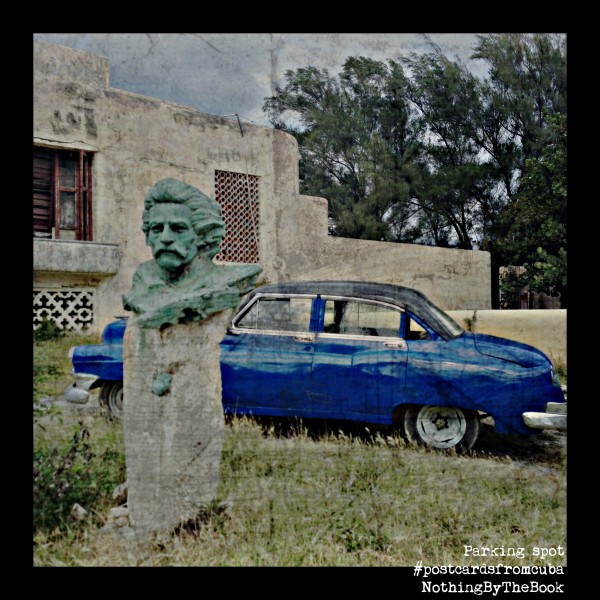 There’s an old joke one of my uncles told me, back in the 1980s. I can’t remember which post-Stalinist Soviet leader it was about—Khrushchev, maybe, or Andropov? Let’s say it was Khrushchev—he’s the leader most on my mind in Cuba. So. The joke goes: After Khrushchev gets appointed to be the General Secretary of the Communist Party of the Soviet Union, he goes in a state-owned, of course, limo to pick up his mother. And he shows her his office, and his private car, and his other private car, and his apartment, and his vacation dacha. She looks at everything very intently, and her eyes get rounder and rounder, and she looks more and more fearful.

“I like it, Nikitka, I like it,” she assures him. “But what are you going to do when they come back?”

“When who comes back?” Khrushchev asks. 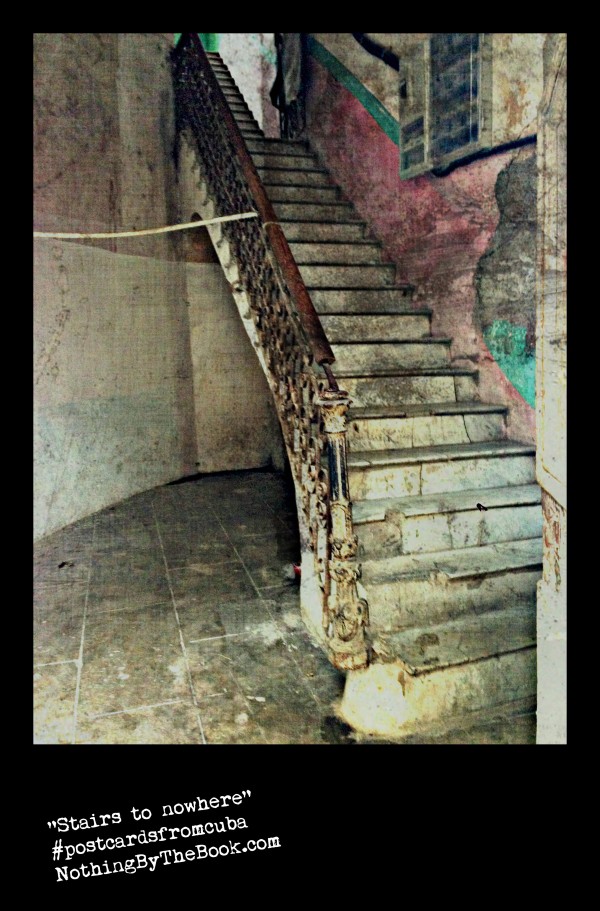 When Lazaro tells me that the nice, new buildings on the right are newly built for members of the army—and points out Raul Castro’s house, “one of his houses”—he does so with resentment that sizzles.

I guess, like me, he’s thinking about the shacks we just saw in which migrants from The Oriente live. 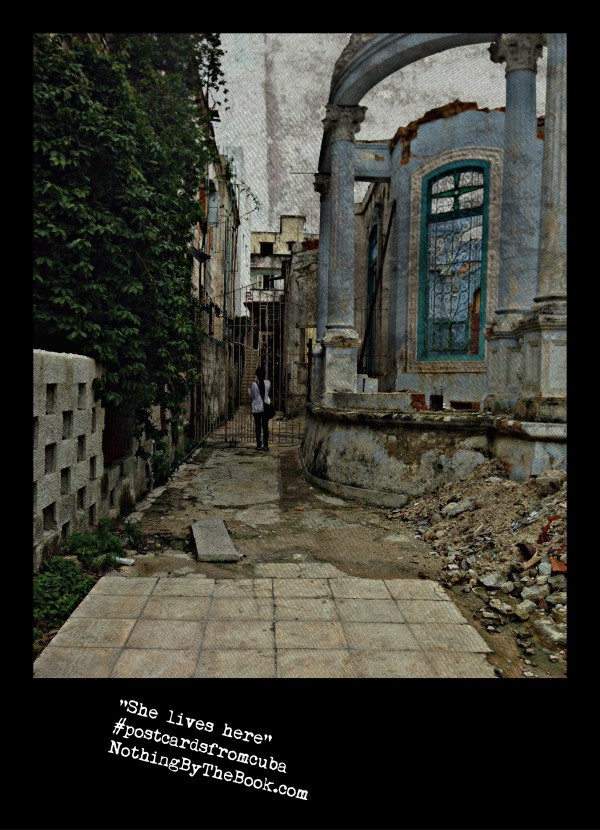 Bread is the opium of the people.

Ernest Hemingway, “The Gambler, Nun, and the Radio” 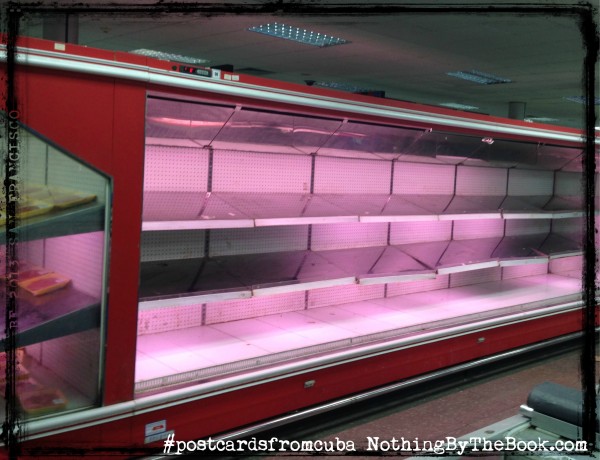 I read Hemingway’s “The Gambler, Nun, and the Radio” for the first time here, now, in Havana, in An Anthology of Famous American Stories, put together by the Literature Department of the School of Modern Languages in the Faculty of the Humanities at the University of Havana in 1953.

Hemingway is still alive. Living in Cuba, which is ruled by the American-supported dictator Battista.

The edition I’m reading is a second edition, issued in 1975.

I wish I could compare it against the original 1953 edition, because… well, this 1975 edition has the following introduction:

“This anthology of American stories has been edited in our country as teaching material for literature course that are taught at our universities.

The study of each story in those courses includes a profound critical analysis of the historical conditions, class position of the author, and the ideological aspects reflected in the work, in addition to the purely stylistical study of the same.”

I did not expect see so many parallels between Cuba now and the Poland I barely remember from the 1980s.

But they hit me, hammer me constantly.

I am my great-grandfather’s descendant, and I want to do violence to the betrayers of the revolution.

The Castros, first and foremost.

The security guard at the recreational complex of the United Widget Painters of Havana walks me and the kids off its filthy beach, past the decaying, empty playground and around the beach volleyball court with no net. There’s a line of string demarking the top of the net—blue—and the bottom—yellow.

“There are many good, fun things to do here,” he says. He shows me a cafeteria and an indoor games room.

Then gives me directions to Havana’s “Coney Island.” The beach there, he says, is public.

As I say thank you and wave goodbye, he’s moving slowly towards the complex’s main lobby, the centerpiece of which is a television that’s playing American music videos.

“Revolution…is no opium. Revolution is a catharsis; an ecstasy which can only be prolonged by tyranny. The opiums are for before and after.”

Ernest Hemingway, The Gambler, Nun, and the Radio

Depressed? Cheer up by supporting my capitalist endeavours, won’t you? A month’s subscription to Audible, which gives you one credit, costs about $20 Canadian at the current exchange rate. Support Postcards from Cuba and Nothing By The Book for much less. A $5 donation makes a difference:

& no, you don’t have to have a PayPal account to use the button. Thank you!

First time here? Visit the landing page for the Postcards from Cuba project.

You: “I’m here for that unschooling talk?”

Me. “Right. Go here & then roam through Undogmatic Unschoolers while you’re at it.”

See you next week.

2 thoughts on “POSTCARDS FROM CUBA: are you or have you ever been a member of the Communist Party?”