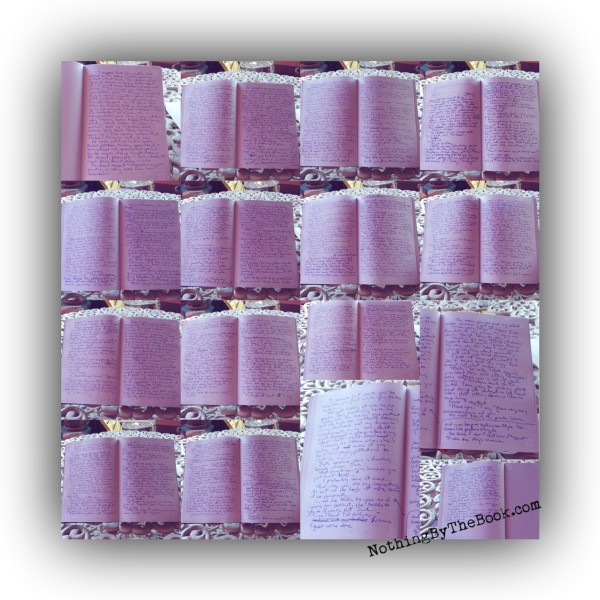 Jane: “Twenty-five thousand words in five days, baby, and a first-final draft of a third novel finished. What did you do? Play Pokemon Go?”

But, in case envy is devouring you right now, let me assure you: the post-output bliss lasts exactly 24 minutes, and I’m currently convinced that if it came that easily and that quickly, it must be shit.

The final piece is going to 150, including your headline. 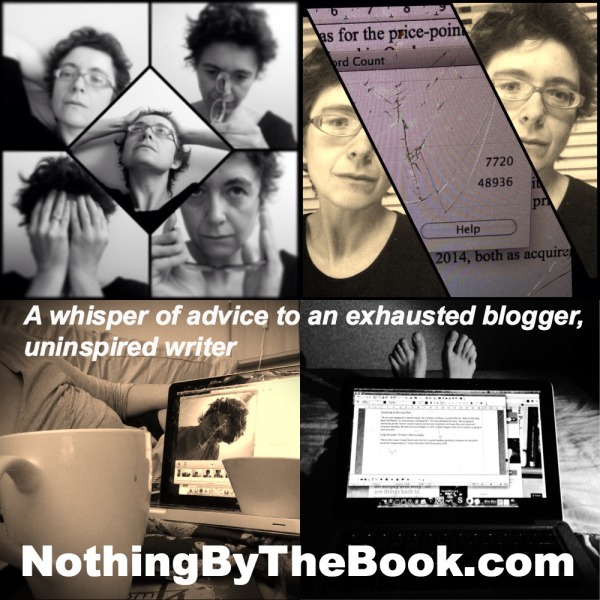 A first-final draft, by the way, is the first draft that you think is a final draft (in reality it’s the fourth, fifth, seventh), until you start to show it to people and…

Him: “So… Chapter 17… have you considered that it should actually be Chapter 3? And, um, half its current size?”

Her: “Actually, a paragraph. Maybe even just two sentences. It fleshes out a character that only exists to illustrate… Get rid of her, and, instead…”

Jane: “You don’t understand my vision at all. You’re stupid. Fat. And those shoes are UGLY.”

Ah, fuck. That was supposed to be just communicated to you through the squinting of my eyes. It wasn’t supposed to come out of my mouth.

Sorry. Are we still friends?

The children subsist on stale bread softened with margarine for breakfast, lunch and dinner, except for the days when Cinder breaks down and makes everyone hot dogs.

When he does, our industrial-size container of mustard leaps out of the fridge and tries to kill him.

He swears. A good mother would ask him if he needs help cleaning up the mess.

He cleans up the best he can. Puts the mustard back in. Reaches in for the ketchup.

Cinder: “This time, it was more of a suicide attempt than homicide.”

We clean up the mess together. Look at the offending container.

Jane: “When that thing is empty, I am never, ever, ever buying mustard again.”

Cinder: “We could just throw it out now.”

Because we love her.

Sean goes to Costco—home of the industrial size mustard—on Saturday, after he sees Ender spreading mustard on a stale tortilla.

Ender: “There’s nothing else to eat!”

Sean goes to Costco. Comes back with all the things. Also, an industrial size bag of sugar.

It’s a sweet, sweet gesture—because Flora’s in baking camp right now, and she’s planning to make her entire family fat and diabetic before the end of the summer.

It’s too big to fit into any of our cupboards.

Jane: “Where should we put this?”

It’s currently the centerpiece of our kitchen table.

I think—I’m not sure—Sean and I are engaged in a Cold War of apathy to see who will break down first and take it down to the basement… as an offering to the mice or ants.

I’m thinking about selfies today, I think, because the lines around my eyes, lips seem more pronounced—it’s the sleep deprivation—but also beautiful—that’s the post-output elation—and also, about how you told me you don’t think you’re beautiful, and this just blows my mind, how is this possible, have you never looked in a mirror?

Jane: “Then look in my eyes instead.”

Me, I cut two thousand words, and write seven hundred for money. In my sleep.

Cinder takes a steak knife and pokes a hole in the industrial size bag of sugar.

Cinder: “I think… I think this is one of those times when the answer is obvious, Mom.”

Jane: “Because it was there?”

Cinder: “And it’s been there for a really long time. We really should put it in the pantry.”

He finds an industrial size plastic ice cream bucket and brings it up to the kitchen.

I transfer the sugar into it.

He borrows a Sharpie from Flora. Labels the top of the container:

Flora: “Nice. Let’s make sure that’s out when people come to visit.”

What needs to happen next is I need to not think about words, in words for a few days. At least hours. 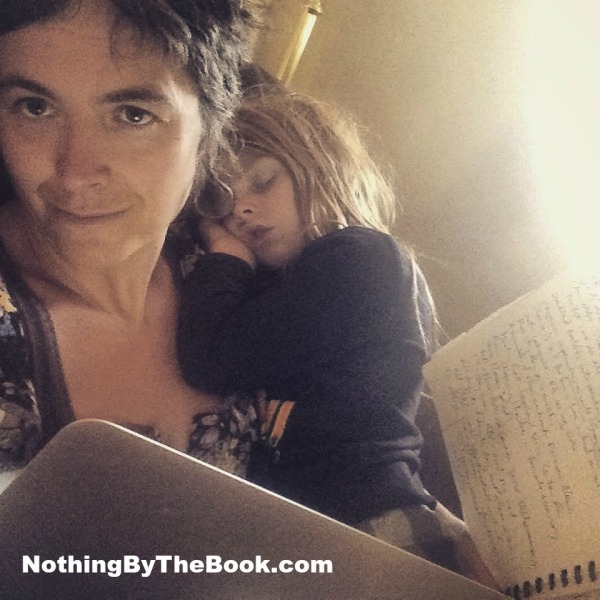 Jane: “Like something is telling me ‘I love you’ inside my mouth.”

The best part: Cinder doesn’t like them, and Sean and Ender are allergic.

I guess I could clean house. It’s filthier than…

…but I can’t rouse myself to do so. I text you instead.

Cinder: “Mom! The fucking mustard fell out of the fridge again!”

You: “That made very little sense.”

Jane: “Twenty five thousand words that made sense in five days. I. Am. Fried.”

PS2 Don’t forget your assignment. Selfies. Love them? Hate them? Tell me.

One thought on “The price of flow”